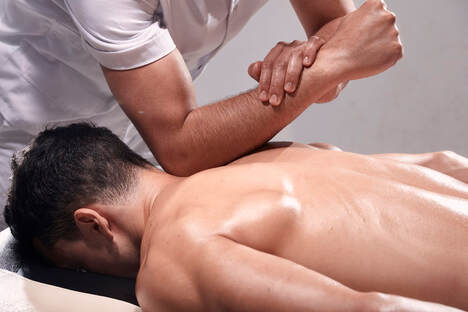 Massage therapy dates back hundreds of years. References to massage in writings from ancient China, Japan, India, Egypt, Greece (Hippocrates defined medicine as "the art of rubbing"), and Rome.Massage became widely used in Europe during the 1800's. In the 1850s, two American physicians who had studied in Sweden introduced massage therapy in the United States, where it became popular and was promoted for its  health purposes. With scientific and technological advances in medical treatment during the 1930s and 1950s, massage fell out of favor in the United States. Interest in massage resurfaced in the 1970s, especially among chronic pain patients and athletes.

According to the 2008 National Health Interview article, which included a comprehensive survey of massage therapy use by Americans, an estimated 14 million U.S. adults and 600,000 children had received massage therapy in the previous year alone.
People use massage for a variety of health-related purposes, including to treat pain, recover from sports injuries, decrease stress, increase relaxation, address anxiety and depression, as well as aid general wellness.

The term "massage therapy" includes several different techniques. In short, therapists press, rub, and otherwise manipulate the muscles and other soft tissues of the body. They most commonly use their hands and fingers, but may also use their forearms, elbows, or even feet at times.

The staff at Lehigh Valley Chiropractors are all trained and licensed massage therapists that have the highest level of credentials as well as experience. If you want to learn more about pain, stress and anxiety treatment through massage, contact our office today.